Join us as we celebrate the accomplishments of this year’s Fred Saigh Leadership Program class. Each student makes a presentation about his or her experience during the program.

About the C.J. Aubuchon Award

One of the outstanding members of the Fred Saigh Leadership Class of 2006 was a sophomore student named C.J. Aubuchon. C.J. was an individual who always had a big smile and a willingness to do whatever was asked of him. His leadership was exemplified in his ability to make others feel comfortable and at ease, in his consistent lead in demonstrating good manners, and in his commitment to accepting responsibility.

In 2008, C.J. was diagnosed with a rare form of cancer. It began in his arm, but eventually traveled to other parts of his body. C.J. fought with everything he had to conquer his illness. He was extremely brave and never complained. C.J. lost his battle with cancer the summer of 2009. He is missed by his family, friends and the many, many people whose lives he touched in such a positive way. Learn more about C.J.

The leadership class members select a student from their class to receive the award. Students select a colleague who exemplifies the following characteristics: 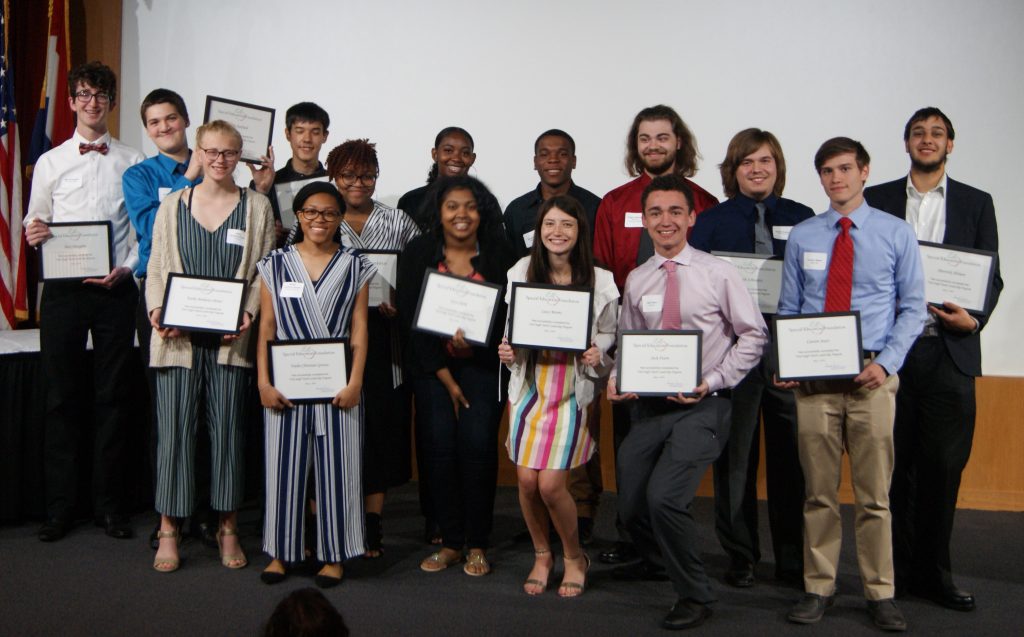